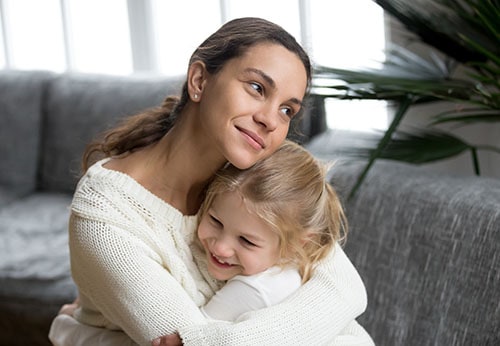 Unfortunately, this is a scenario where technology really helps us out a lot. I always recommend people talk in writing, and unfortunately, part of that’s pragmatic because I just know that sometimes people end up back in court no matter how much they try to do the right thing. So, they may need those writings later on—those are going to be exhibits if they end up going to trial. But when we talk about writing, that means a couple of different things. It can be email, and we see that a lot. It’s pretty helpful, and it tells you when a person was given a message, it tells you when they responded to that message, and it usually has a lot of content attached to that message. More often than not these days, we see people communicating by text message. I know that’s how a lot of people communicate, and I hate it because it’s a terrible thing to use in court because you usually have to get some kind of third-party application to make a list of all your text messages and what dates they were sent and received and all that sort of thing. I’ve been seeing it lately where people are somehow retroactively deleting text messages so you may end up in a really bad situation if text is your primary method of communication. If you don’t use an app to bundle up all your text messages, you’re going to end up having to screenshot them all, and that’s just about the worst kind of exhibit you can use in court.

Another thing we’ve seen a lot though that is pretty good is parenting communication portals; things like Our Family Wizard and many other similar portals where people send messages. There’s an app installed on their phone, it’s logged when the person sent it, it’s logged when the other person read it, it’s logged when the other person responded, and it is really good if you take a pragmatic view of things and want to have a record that you may need to use in the future in court. Good dad’s going to have good records if he goes back to court. For bad dad, it’s going to be phone calls and text messages that may get deleted or may be on another phone that got destroyed or something like that.

It shouldn’t be the last resort. As far as these resources go, there’s a billion resources out there, there’s all sorts of classes you can take, all sorts of courses you can participate in, and all sorts of books you can read. There are many resources out there for a person who wants to develop their parenting skills. If you recognize you have some kind of deficiency there, good dad’s going to do something about it. They may take a class, and I’ve seen the courts assign people to take classes if they don’t think that they have the right skills, or I’ve seen courts assign people books to read and write a report about that they have to submit, that shows that they read the thing.

So, if good dad sees they have a problem, they are going to handle it proactively and try to improve themselves before the court even considers entering an order to that effect. Bad dad, they’re not going to do that education and just going to say, “I’m a good enough parent despite the fact that no one has ever taught me anything about being a parent.” It’s not a very good plan, and they may not recognize the problems that they’re having working as a parent and working as a co-parent. Besides that, touching on the issue of what can we do besides court, oftentimes the first option that we really want people to engage in is mediation, which is sitting down with the mediator and discussing an issue in an attempt to try to reach a resolution on your own. That’s a heck of a lot cheaper and a heck of a lot faster than going to court.