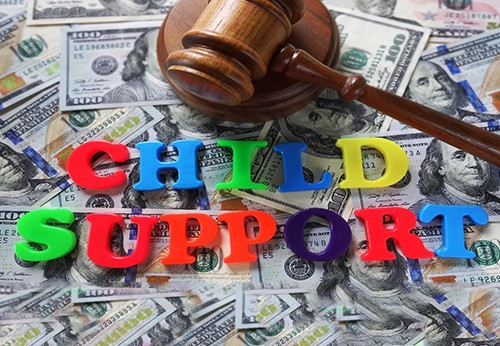 There are pretty serious consequences for not paying child support. If you are ordered to pay support and you don’t pay, that’s going to lead you into court into an enforcement hearing, and you may very well find yourself in contempt of court. If you are found to be in contempt, the court has a lot of power it can use to make you start paying and complying with court orders. At the most serious level, the court can say “Hey, we’re going to set a dollar amount that you owe, and until you pay that amount, you’re going to be in jail.” They can issue child support arrest warrants if you don’t show up and say, “I’m not paying, and I’m not going to show up either.” It can get serious.

So, if you can’t pay for whatever reason, good dad’s going to be proactive about that. He’s going to try to work something out, try to compromise with mom so he never goes to court, and they’re going to try to solve the problem, whether it’s by modifying support for a while in court, or something else. Bad dad’s just going to not pay and then one day, maybe he’s going to get served with a petition taking him to enforcement court, and if he doesn’t go to that, one day he’ll be driving along, getting pulled over, and then they’ll say “By the way, we have an arrest warrant for you, so why don’t you come down to jail for a bit until you pay some support.” So, it can be very serious if you don’t do what you’re supposed to do by paying the proper amount of support.

If they legitimately cannot afford to pay, the main question the court is going to ask is why. If it’s something that is honestly and legitimately prevented them from paying, the court’s going to say, “Okay, well you couldn’t have complied with this court order so it’s not your fault. We’re going to want to maybe modify support to get you in a position where it reflects your income, because something’s changed.” If you can’t afford to pay support for a bad dad reason, that’s not going to fly. We know you can, you just didn’t feel like it, and the court may put you in some kind of program to make sure you’re working or finding a job and paying that support, and if you don’t comply with that program, severe consequences start piling on.

So, it’s a fact determinative question, and if you want to be on the good dad side of things, you must have some facts to show that you’re not paying because you can’t, and not that you aren’t paying just because you don’t feel like paying.

It does happen but it’s rare. The reason it’s rare is oftentimes, guys are making more money. That’s just a fact. I mean you hear these statistics, they wouldn’t throw that number out there if there wasn’t something happening. So, if you want to receive child support as a dad, you’ve got to make sure you take some sort of pre-planned steps and make sure you get together with someone who has income, either comparable or higher than yours, and you’ve got to make sure that if not that situation, then that you’re the dad who has more time. If you have an unequal plan in mom’s favor and you’re the high earner, you’re definitely going to pay support. So, you either need an equal plan with mom being the high-earner, or you need an unequal plan in your favor with mom making a decent amount of money if you want to receive support. And that’s not going to happen unless you think about that kind of stuff when you decide to have kids with someone. If someone doesn’t have a job or an education, or they want to quit their job and be a stay-at-home mom… that’s a huge red flag, and you probably shouldn’t have kids with that person unless you’re really comfortable with the idea of paying support to them for the next eighteen years.