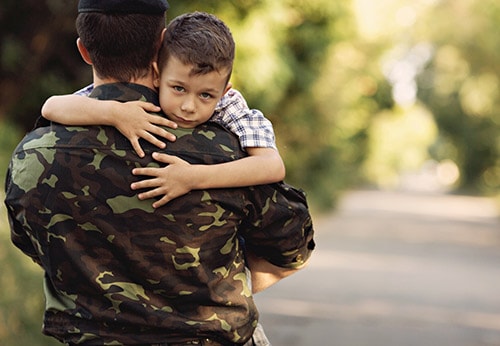 The best advice I can give someone is to talk to an attorney. Don’t just put yourself in isolation and hope that you can get through it if you cross your fingers hard enough. Talk to someone with experience, and especially if the court’s involved, talk to an attorney and learn what you are dealing with. Learn what kind of rules apply to having kids and being in this system that you have suddenly found yourself thrust into and probably had no prior knowledge of. A good dad is going to seek out those resources, and attorneys aren’t hard to talk to. Most of us give a free consult, and we’ll sit there and talk to you for at least half-an-hour about what’s going on and give you some knowledge and perspective you didn’t have previously. Bad dad’s going to think he can do it all himself, and more often than not, bad dad’s going to find out the hard way that there’s a lot he doesn’t know about the family court system, There’s a lot of rules, a lot of laws, and a lot of cases that have modified, and if they don’t know about those things, they’re going to find out the hard way in the courtroom one day. Talking to their friends about what happened in their own totally-different cases won’t do bad dad any good. Reading articles on the internet about what happened to some father’s rights activist in his case in some other state won’t help either. Just go talk to an attorney, do the free consult, and get the advice before you take some action that can’t be undone.

Similarly, the best advice, if I could give one piece of advice to everyone, is before you start a relationship with someone that may result in you having a kid, think about it carefully, talk to this person, evaluate them as a potential partner in raising a child, and don’t just have a kid and decide to figure it out later. That’s not good for your kid. If your kid’s going to have parents who’re going to be in conflict with each other forever because they never had basic talks with each other about the fundamentals, that’s going to be a really rough life for that kid. A good dad will have that talk and approach it like a mature and responsible adult, and have that level of communication before they ever get to the point of having a kid. A good dad might not even become a dad, because they make a smart decision after talking things over with their significant other to break the relationship off instead of going full steam ahead and having a kid with a crazy person. A bad dad is just going to find out the hard way what kind of relationship they’re going have with the mother and their child. And if it’s a bad relationship, well, 18 years of conflict, that’s a horrible approach to take.

Think about how much you talk to people and how much you communicate with people about things like buying a house, getting a job, buying a car, things like that, and then ask yourself, “why don’t I put at least that much thought and foresight and communication into whether I should have a kid with someone,” because it honestly seems like many people don’t.